OK, so a bit of a silly question. Of course, we all know what numbers are. But humor me, and try to define a number without using “number”, “quantity”, or anything that refers back to a number itself.

But, before we learn numbers, we have to first understand something simpler: counting. Couldn’t we define numbers in terms of counting? Well, yes, otherwise I wouldn’t be writing this article.

Now, to not end up with a forty page book, I’m only going to go over how to define the whole numbers (I’m going to ignore negative integers, fractions, \(\pi\), etc.)

Basically, a mathematician named Peano had a similar idea back in the 1800s. Back then, even mathematicians didn’t really know what numbers were. Some of them felt that they were simple enough that they didn’t need a definition. On the other hand, some mathematicians liked thinking about numbers in terms of geometry. Like if I draw one line, that’s 1. If I draw another line 2 times as long next to it, that’s 2, etc. It works, but it’s a bit annoying to have to work with geometry all the time. Unless you like drawing, which a lot of people go into math to avoid.

Well, we need to start somewhere, and Peano decided we needed a few basic Laws Of Mathematics for numbers (mathematicians like the word axiom). These are rules that are considered self-evident.

Anyway, let’s go through the Laws!

Now Peano is a number! That’s better! Actually, no, it’s exactly the same.

All this Law Of Mathematics says is that there is some number. We haven’t really said what this number does yet. Let’s move on.

OK, so we know that for every number, there is another number! We have defined here basically the concept of counting. \(n_S\) is the “next number”. Are we done?

Well, no, because I told you that there are 5 Laws Of Mathematics, and we’ve only covered 2.

Also, think about it for a second. Have we really defined counting? Does this definition tell us that we can’t, for example, have \(0_S = 0\)? 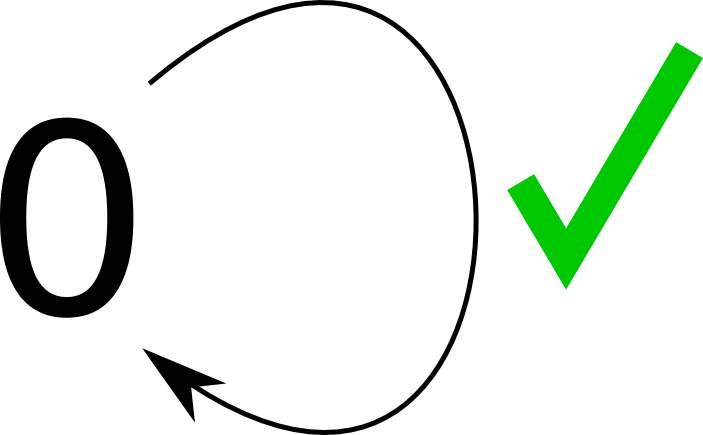 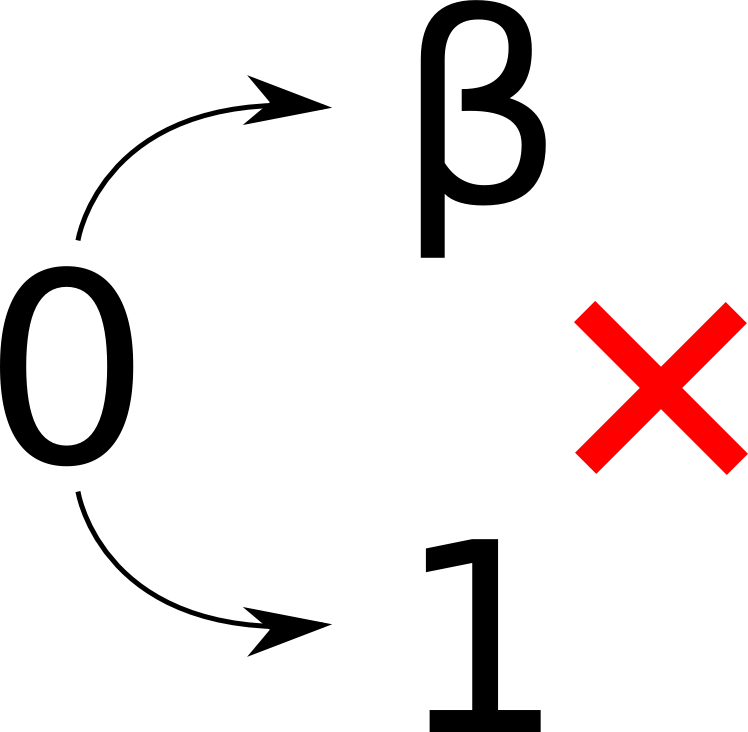 OK! We dealt with that annoying \(0_S = 0\) problem! We’re done! Well, no… Try to think about a problem with this yourself before you move on.

Well, we have something that is obviously ridiculous but follows all the Laws. Well, let’s close the loophole!

OK, so this is a little more complicated than the previous examples. But let’s look at a quick example to see how it completes the definition of the numbers. \(\newcommand{\isn}{\uplus}\)

This means that \(n_\isn\) is true for all numbers.

Let that sink in for a minute.

OK, so basically, we proved that all numbers are numbers. But that was just to show that the fifth Law of Mathematics makes sense.

Adding nothing to something doesn’t change it. Not particularly crazy stuff.

Anyway, the real point is that while before, you probably thought that \(2 + 2 = 4\) was a basic fact, a Law of Mathematics, now you know that it is just a deduction based on a few other, simpler, laws.