Haskell Classes for Products and Coproducts

Product Types are a familiar occurrence for a programmer. For example, in Java, the type int \(\times\) int can be represented as:

In C, the same type can be represented as:

In Haskell, it can be represented as

Of course, a general product data type can also be defined in many languages. For brevity I am only going to include the Haskell version:

P is therefore a generic way to construct a product of any two types.

The above definitions of a product require a notion of elements of our objects (in this case types), which doesn’t make much sense for categories in general.

But we can define a span as two morphisms from the generic container to the two values. As a picture: 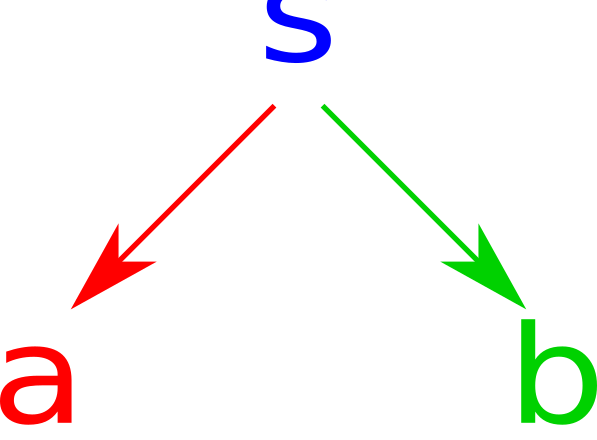 In Haskell, we want to make sure that our s has some connection to a and b so we parametrize it as so:

We can recover the traditional definitions of fst and snd as follows:

In any case, a span is not sufficient to determine a product. We can also define instances for the following:

Obviously, this is not a valid product, as it is inhabited by values with three distinct types.

In category theory, a product is defined as \(c\) in the following diagram (where a dashed line implies only one possible morphism). 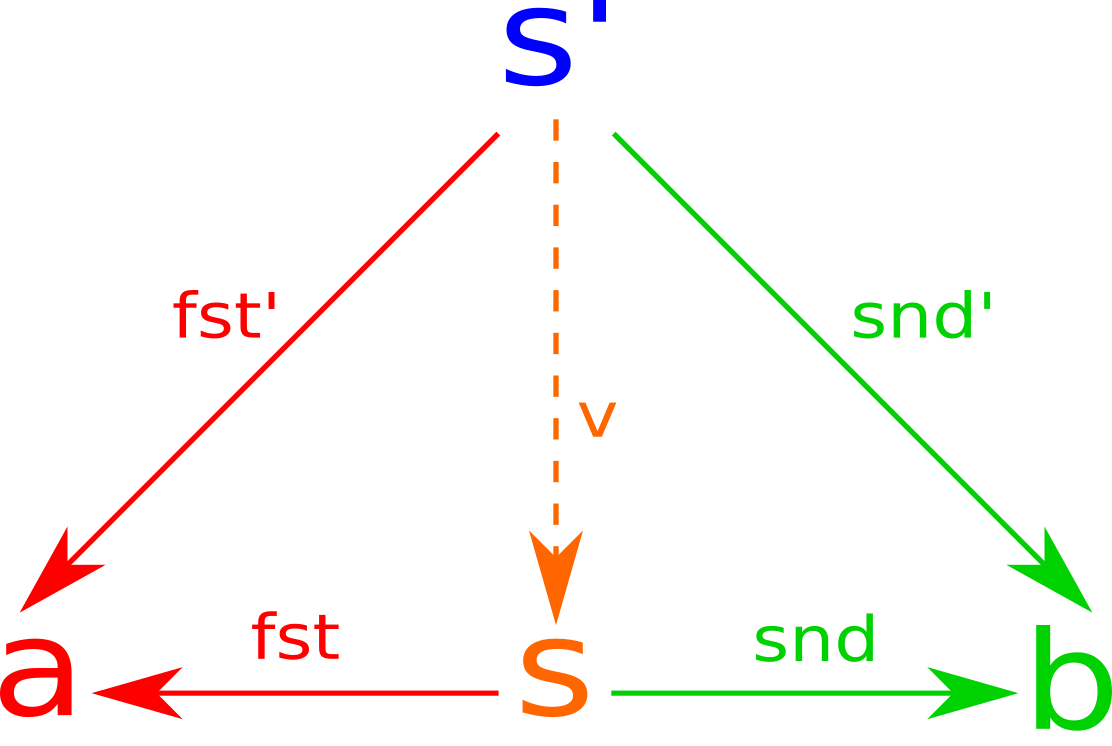 In any case, we have the following Haskell definition, with the given law as well as the implicit law that there be only one way to implement pFactor.

We can confirm that tuples are indeed products.

Note that there is no way to make (_, x, y) a product, because one would need to put a value into the first box of type forall a. a and there is no value of that type apart from undefined. If we use the type (Int, x, y) instead, we have several potential implementations, one for each value of Int. If we however use ((), x, y) we have a valid product:

A common thing to do in category theory is to reverse all the arrows and see what happens. Doing so for a span gives us a cospan, which looks like this: 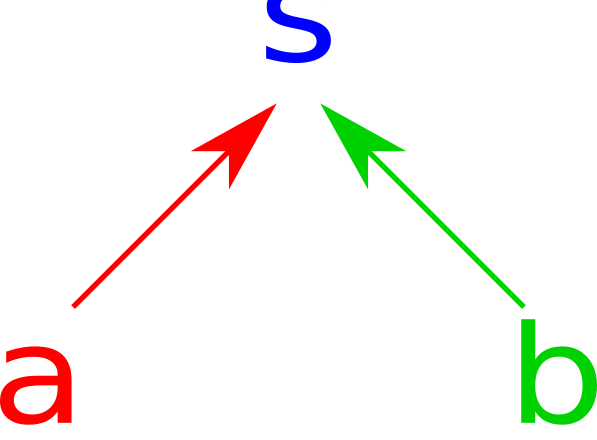 Each of the functions defines a constructor. We can make Either an instance of Cospan by delegating left and right to constructors.

We can also define a triple choice function that is a cospan:

We can define a coproduct in a similar manner: by inverting the arrows of a product diagram. 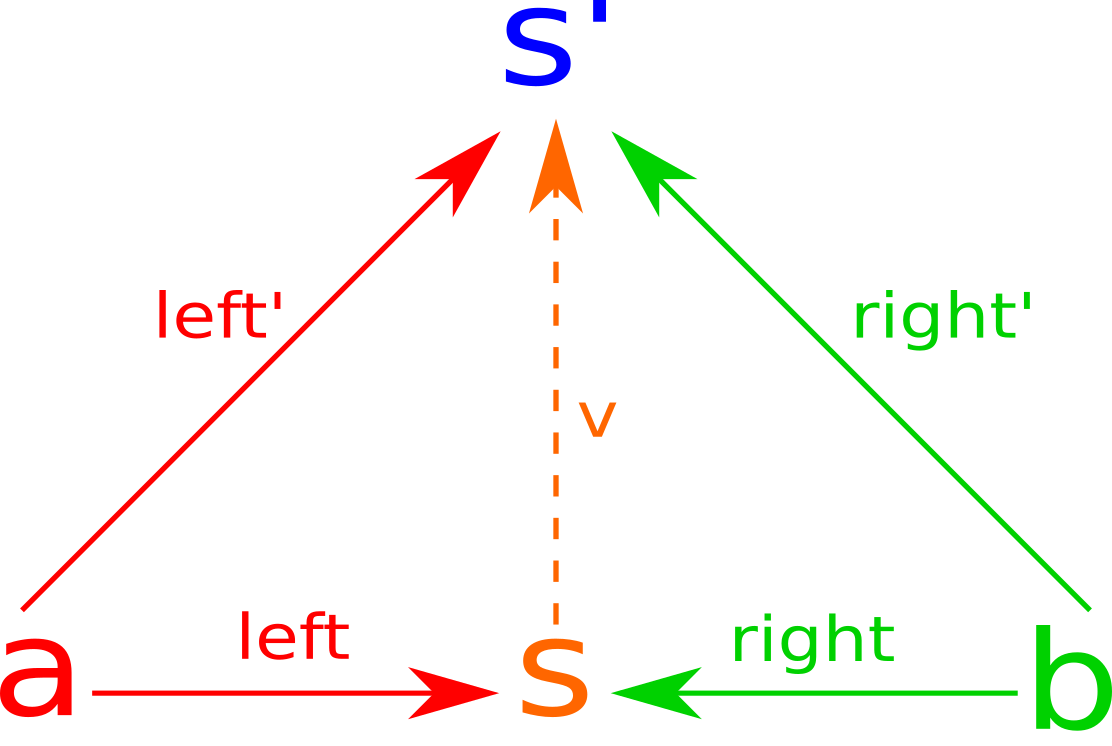 In any case, we must have a function from the coproduct to any span

We can therefore implement Either as a coproduct as follows:

Unlike before, there is no possible implementation for TripleEither U for any concrete type U. We would need to coerce a value of type U to a random value. However, we can take a hint from our Product Isomorphism and use the type with 0 elements, or Void as follows:

This implementation makes use of absurd, a function that takes advantage of the impossibility of generating a Void to basically bypass that scenario entirely.

And there we have it, a categorical product and coproduct system defined in Haskell. If you want to try these out, you can find the source code here.