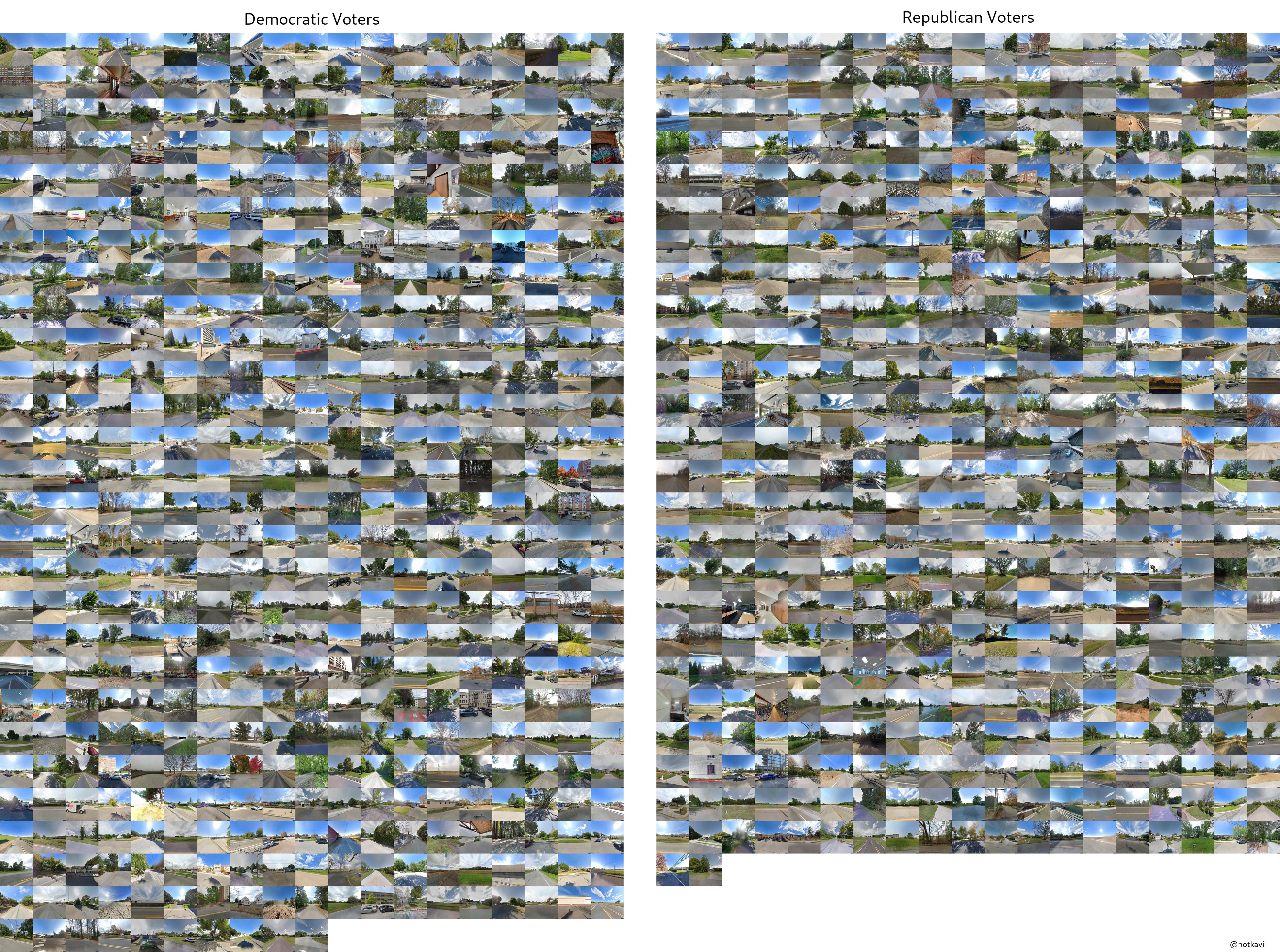 Election maps tend to obscure a couple things that I think are interesting about American elections.

Second, the map tends to overstate the number of people who live in purely rural areas.

The combination of these two effects leads to in my view a fairly big distortion of our pictures of blue and red America, but especially red America, which people begin to picture as entirely middle-of-nowhere rural areas.

Instead, here’s a sampling of 1000 voters and what their neighborhoods look like. This has the benefit of giving you a picture of what Biden’s America and Trump’s America look like: not two disjoint nations, but two overlapping and intertwined distributions. You can click each dot to jump down to the voter represented by the dot.

Biden’s voters are placed on the left, while Trump’s are on the right. I have provided an image of what their street might look like on Google Streetview, as well as the lean of their precinct. If you click on the image, it will take you to a Google maps link for their precinct’s center, so you can see where it is.

I think, beyond everything else, one of the biggest takeaways I have is just how empty suburban areas in the South and Midwest are. I grew up in a fairly dense suburb of LA, where lot sizes are about a sixth of an acre and have lived in small cities ever since, so I pictured, e.g., “Georgia suburbs” to be similar. Instead, they look a lot like what I picture when someone says “rural America”.

Technical details: to sample the voters I first figured out how many Trump and how many Biden voters should be picked, then for each candidate I sampled precincts randomly, weighted by how many of that candidate’s voters lived in the precinct. I excluded Kentucky from this sampling as I do not have precinct data for Kentucky. The precinct data is from a combination of the NYT and VEST and I try to find a street with a “street-like” address (so not a freeway or major road) inside the precinct, whenever possible. The images should be taken as a broadstrokes vibe of the precinct rather than something super specific.